The Ever Changing World Of Google 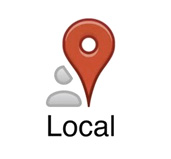 In May 2012, Google announced that Google Places was being consumed by Google + Local. As they continue to implement these changes to local business listings, many factors remain unknown about how exactly this change will effect these listings' display and rankings on Google Places or the new Google + Local.

The changed has already been implemented and applied into a new display of the Google Places/Google + Local layout. Within the new layout, local businesses are graded on Zagat's expressive 30-point scoring system instead of Google’s original 5 star scores.

Just like in the previous layout, individuals can rate and write review of businesses and read other users reviews, but in an attempt to further promote Google + and capture more mobile advertising dollars, users can now see reviews and recommendations of businesses based on their “circle of friends”.

Furthermore, if users are logged into their Google + accounts, they will be able to upload and share photos of the business on their profile page, announce “book club meeting” (as shown by Google in their video) to their circle of friends, and browse other businesses under the same search category and compare their rankings and reviews by peers.

From an administrative standpoint, business owners are still able to mange their Local Business Profiles through their Google Places account, as well as Google + Local.

From the Search Engine Optimization standpoint, one of the biggest changes associated with this release is the indexing of Google + Local content, and how (or if at all) it will affect websites linked with these listings.

Google’s persistent struggle to enter the world of Social Media has sent businesses once again down another SEO roller coaster to the unknown. Whether we like it or not, staying competitive on the most used search engine in the world requires further engagement into the world of Google + and all it’s subsets.