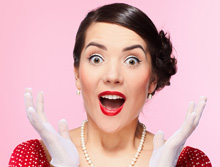 Recently, Microsoft released IE9, the latest version of what remains the most popular web browser in the world. More than anyone else, web designers are rejoicing at this announcement. I'll explain why, but first, a bit of history.

For a long time, web designers have held grudges against IE, as support for open web standards was spotty and cumbersome to work around. It would be tempting to ignore IE, but the popularity meant that the work was needed. Far too many internet users are using IE, and not creating sites compatible with all versions would mean that a significant portion of users would see a "broken" website.

IE9, however, is the first release where Microsoft has truly embraced web standards and stood in line with other modern browser manufacturers. Modern technologies, such as HTML5 and CSS3 are now (mostly) supported in a browser that will soon be shipped pre-installed on computers worldwide.

As more and more people upgrade to IE9, we will see the market share of the previous version start to dwindle. Per Microsoft, 2.9% of Internet users in the USA are still using IE6, released a decade ago. IE7 and IE8, while each great improvements in their own right, will eventually fall and be replaced by newer, more capable browsers.

The only downside is that Microsoft has announced that IE9 will never run on their previous version of Windows, Windows XP, but only on Vista and Windows 7. While itself released nearly a decade ago, it is still widely popular, especially in large businesses where most of the applications are on the web anyway.

With IE9, web designers are able to create more fluid web pages that rely less on older techniques, such as using images for buttons, drop shadows, or stylized text. Instead, with HTML5, CSS3, and other modern techniques, this can be accomplished in a much cleaner and much more efficient way, and will be presented nicely to all capable browsers.

Considering how much flak Microsoft has taken for all the previous versions of IE, we commend them on this milestone release and we're glad to see their commitment to web standards.